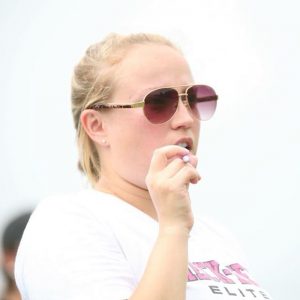 Jacqui (Williar) Voland is a Carroll County native and loved being able to coach young girls in her own area. She was a four-year, three-sport athlete at Francis Scott Key High School where she earned All-Conference honors for soccer, Eagle Awards for a variety of sports, and was named the overall Female Unsung Hero in girls’ athletics at the end of her senior year. She continued in athletics by moving on to NCAA Division III women’s lacrosse at Christopher Newport University for two years, where the team won the USA South Conference and appeared in the NCAA Tournament in both years. After two years, she transferred back home to McDaniel College and played for the Green Terror for one year, graduating from McDaniel in 2011. Upon beginning a career in education, Jacqui also started coaching girls’ basketball and girls’ lacrosse at Winters Mill High School in the 2012-2013 School year. Jacqui has been coaching with Check-Hers since 2016 and feels truly blessed to have the opportunity to teach young ladies about the game of lacrosse!