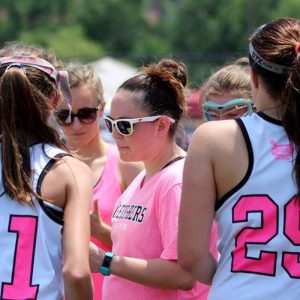 Amy graduated from Duquesne University in 2012 where she was a starter during her four-year career. She currently holds the Duquesne record for most games started. As a Dukes defender, Amy received Atlantic 10 All-Conference honors following her junior and senior years. She ranked among Duquesne’s leaders in ground balls, draw controls, and caused turnovers every year, while drawing the responsibility for marking her opponent’s top offensive player.

Amy graduated from Liberty High School in 2008, where she was a 3-sport athlete, earning 11 Varsity letters in soccer, basketball, and lacrosse. She earned all conference and county awards in lacrosse and soccer. Amy was also a member of the Check-Hers Elite 2008 team.

Jerry coached in the Freedom Lacrosse program as both a Head Coach and Assistant for 9 years, including helping with the team that won the 2004 MYLA Championship. After that, Jerry coached at Liberty High School for 4 years, at both the Varsity and JV levels. During his lone season as the Varsity Head Coach, he guided the Lions to a 17-2 record, including winning the Marriot’s Ridge Tournament Championship and advancing to the Regional Finals. Jerry also coached soccer at Liberty and with the Freedom Soccer Club. His club team, the Freedom Galaxy, won over 100 games both outdoors and indoor, as well as numerous tournament and league championships.