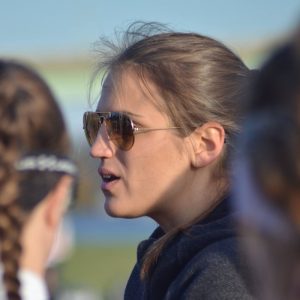 Bethany is a 2015 graduate of Salisbury University where she was a 3-year starter and Captain her Jr & Sr year.  Bethany assisted in leading her team to win two NCAA National Championships and four CAC conference championships.  During her career at Salisbury, she earned NCAA All-tournament team honors, IWLCA First-Team All-American, IWLCA First-Team All-Region, CAC All-Academic Team, Lacrosse Magazine’s DIII Preseason Player of the Year for 2015, Lacrosse Magazine All-American, and was named to the Tewaaraton Watch List for the 2015 Season.

Bethany began her lacrosse career at a very young age playing for Gamber/Smallwood and played club lacrosse for CMD 2011.  She was a three-sport athlete at Westminster High School where she played soccer, basketball and lacrosse.

Jenny attended Shepherd University from 2010-2104. Received her BS in Sport and Event Management. A four year starter for Shepherd, team captain from 2012-2014. Within her time there, received many honors such as Athletic Directors Award, IWLCA Honor Roll and Scholar Athlete Award. After graduation spent a year working on her MBA at Hood College and was a Graduate Assistant for the women’s lacrosse team. Currently Assistant Coach at McDaniel College and taking classes towards a masters in Exercise Science and Physical Education.