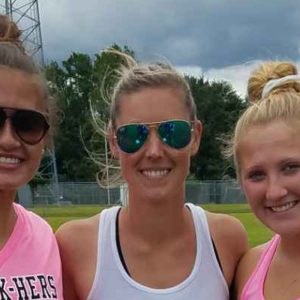 Ashleigh started her playing career with Gamber Lax.  Continued through her years at Westminster High School, being a four sport Athlete.  Assisting within County, Regional and State Championships.  Awarded All County, MVAL picks throughout.  Her lacrosse Club years were played for Check-Hers Elite 2010.  Ashleigh continued playing for Towson Women’s Lacrosse team. Ashleigh earned CAA Player of the Week honors after leading the Tigers to a pair of CAA road victories, including an upset of No. 19 James Madison on Sunday.  2012-started all 20 games, finishing the season second on the team with 49 points.

As the Head Coach of Check-Hers 2018 Black, Ashleigh coached successfully throughout the team’s clubs years including the recruiting process. 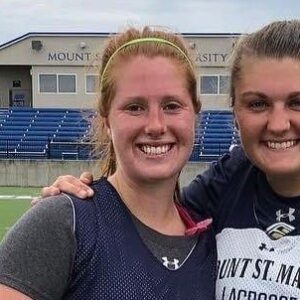 Alex grew up in Carroll County, MD and attended Manchester Valley High School where she played soccer and lacrosse. She played for Check-Hers Elite 2013 and then continued her lacrosse career at Mount St. Mary’s University where she played two years with my sister, Taylor Carhart. I assisted Ashleigh Rohrback with the 2018’s throughout their club and recruiting years. Currently, I am a teacher at Runnymede Elementary School teaching K-5 health. 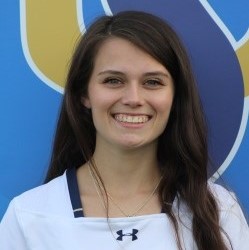 Jordan graduated from Shepherd University in 2020 where she was an attack/midfielder. She grew up in Mount Airy, Maryland and began her lacrosse career in elementary school where she played for MAYAA (Mount Airy Youth Athletic Association). She started playing for Check-Hers in middle school as a member of the 2016 team. She graduated from South Carroll and spent the summers assisting at lacrosse camps and tournaments while prepping for each college season. In 2020, she took advantage of a coaching internship, learning the ins and outs of running a program. She graduated with a minor in athletic coaching. She previously assisted with coaching Check-Hers 2022 & just finished her first season as a varsity coach at Winters Mill High School focusing on tuning up attack fundamentals.