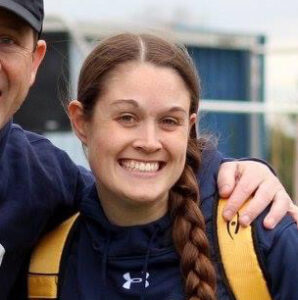 Cara started her career with Westminster area lacrosse (WAX) and went on to help establish a division II team at Shepherd University where she played for three years while studying nursing.  Cara has coached for WAX for 10 years and loves helping girls grow in the game of lacrosse. 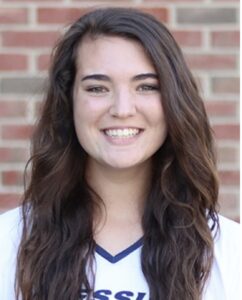 Heather graduated from Messiah University where she played for the women’s lacrosse team as a goalie. Heather grew up in Westminster, Maryland and played for the recreational league Westminster Area Lacrosse (WAX) and continued her lacrosse career playing for the Winters Mill High School JV and Varsity teams. Throughout high school she helped coach goalie clinics and further developed her skills in private sessions. She also assisted in coaching clinics through Carroll County Fellowship of Christian Athletes (FCA) and has experience working with athletes from third grade- high school.

During her college career, Heather was third in the Mid-Atlantic Conference (MAC) in number of saves and led her team in groundballs prior to the season being shortened by Covid-19. As a junior her team won the conference championship with an undefeated record which qualified them to compete in the NCAA Division 3 tournament where they made it to the Elite 8. In the Elite 8 match Heather made a season high of 12 saves and ended the game with a save percentage of over 50%.

Heather will be joining our 2028 Black team coaching staff as well as assisting with position specific training for the goalies of CheckHers Elite.